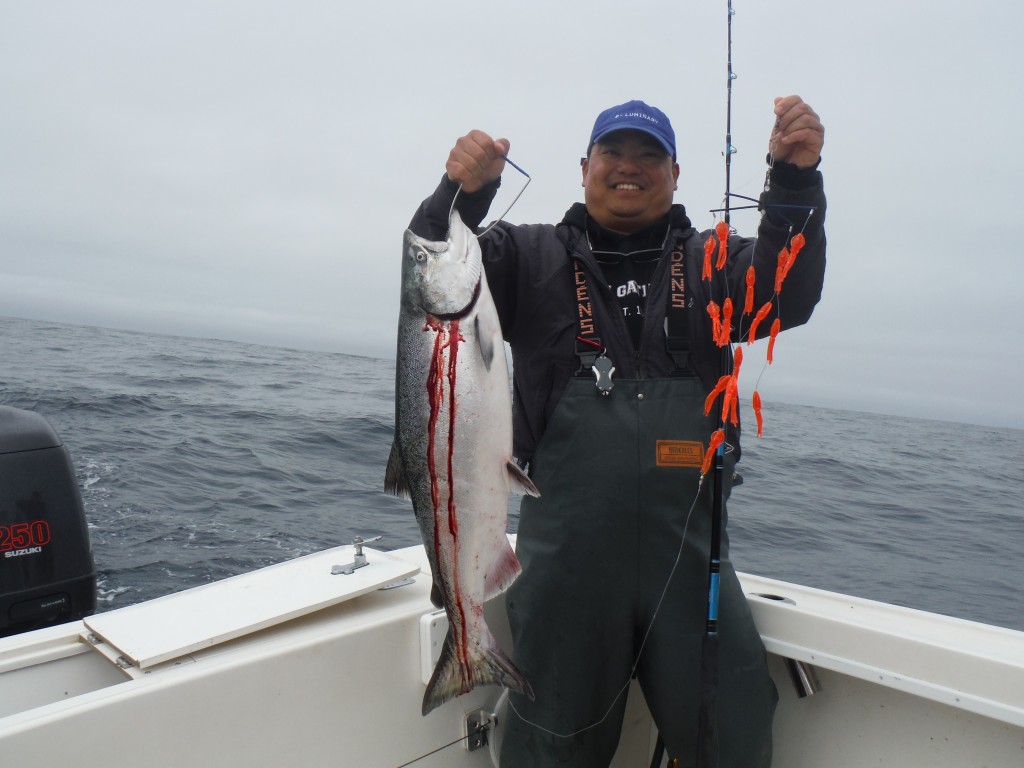 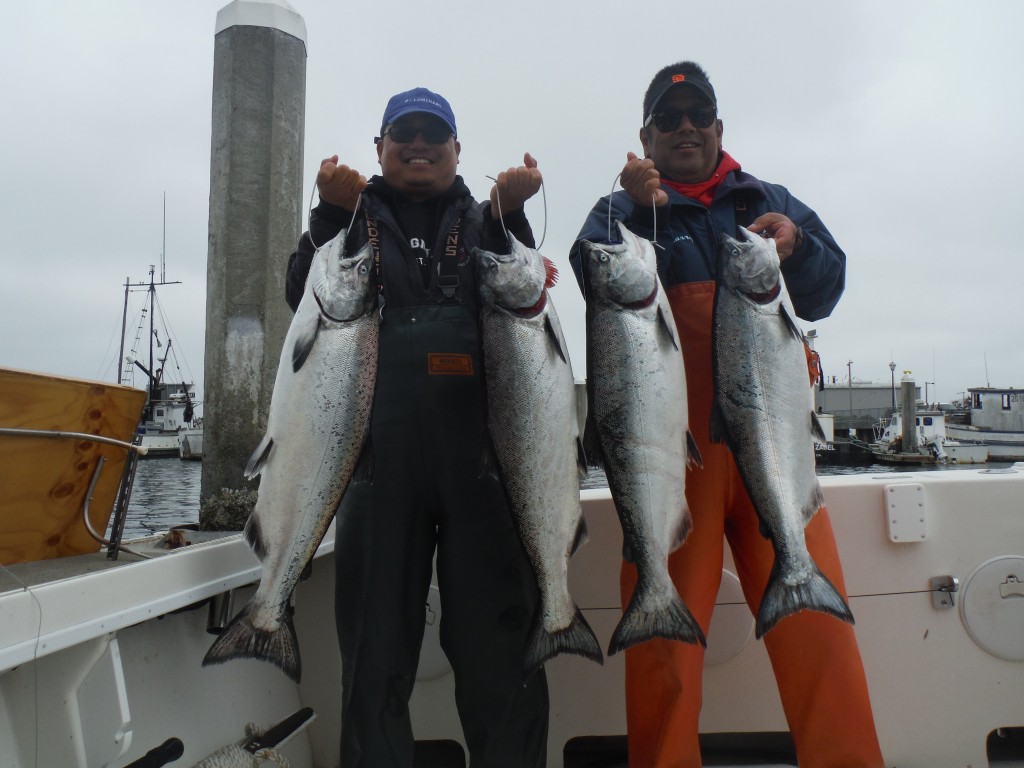 We whacked um real good on Saturday morning on a fun trip with a couple buddies to get a little color in our freezers for winter and followed up with a bit of rockfishing up by Trinidad. We did hook a real big thresher shark about 12 ft long that was on for a short period. Gave us a “big one under the boat” moment till he came unbuttoned. We were back at charters today with 2 great guys. We worked up near Trinidad for a slow but steady pick of bites. We had bites…. plenty of bites, 18 to be exact. But they were light and the ones that did stick most often came off before they made it boatside. I do not recall a day this year that they bit as well as they did but did not stick…. even the big peelers we had bit real light. Late in the morning we put down a Redwood Coast Spreader Bar B2 krill dredge with a bait behind it and it started getting bit very well. We were happy though as we did get limits for the 2 guys of nice kings in the double digits. We also got to see a tufted puffin today, which are around some years but not seen that often by much of the fleet. We will be back at it again tomorrow and hope they stick better to the hooks.