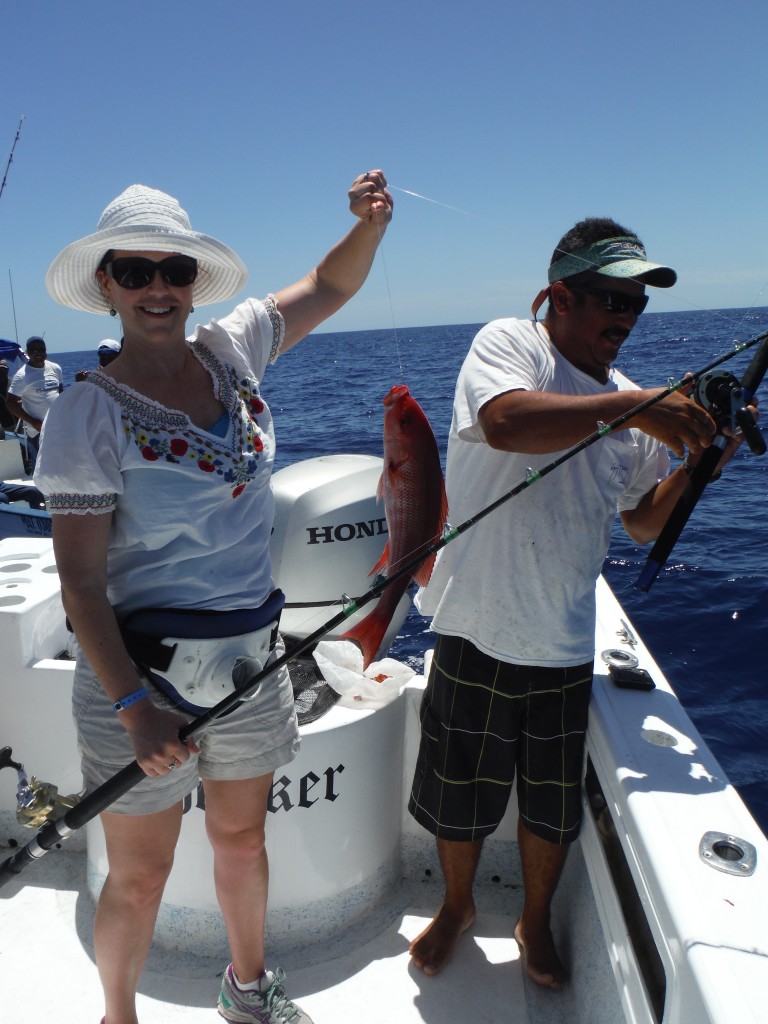 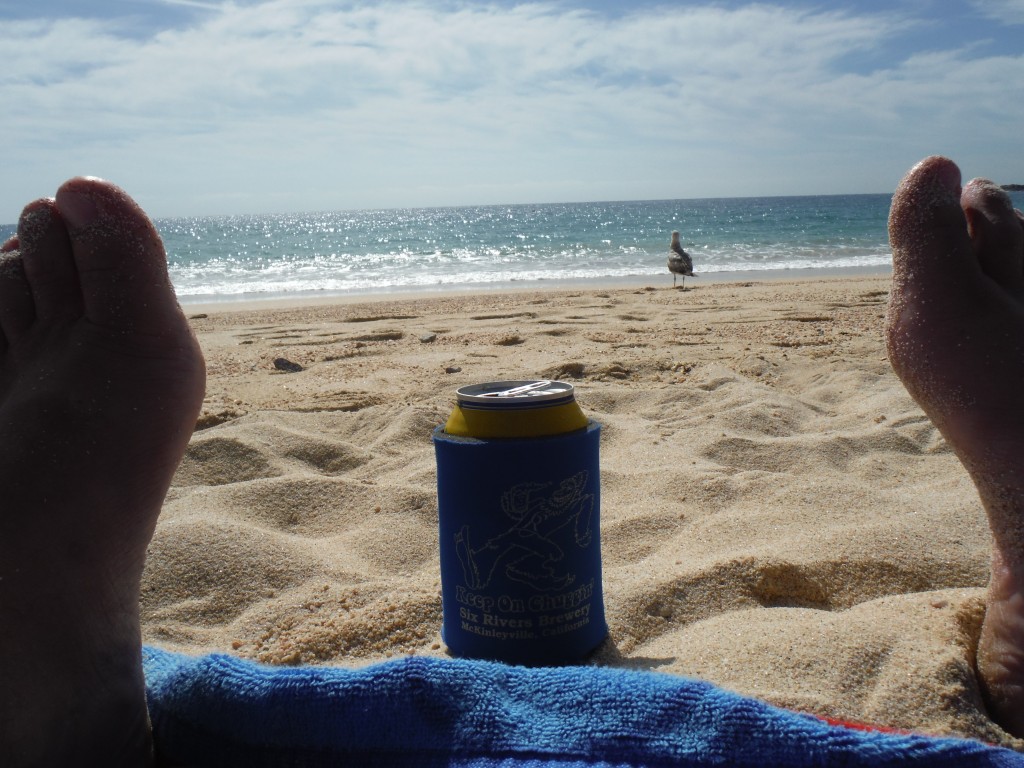 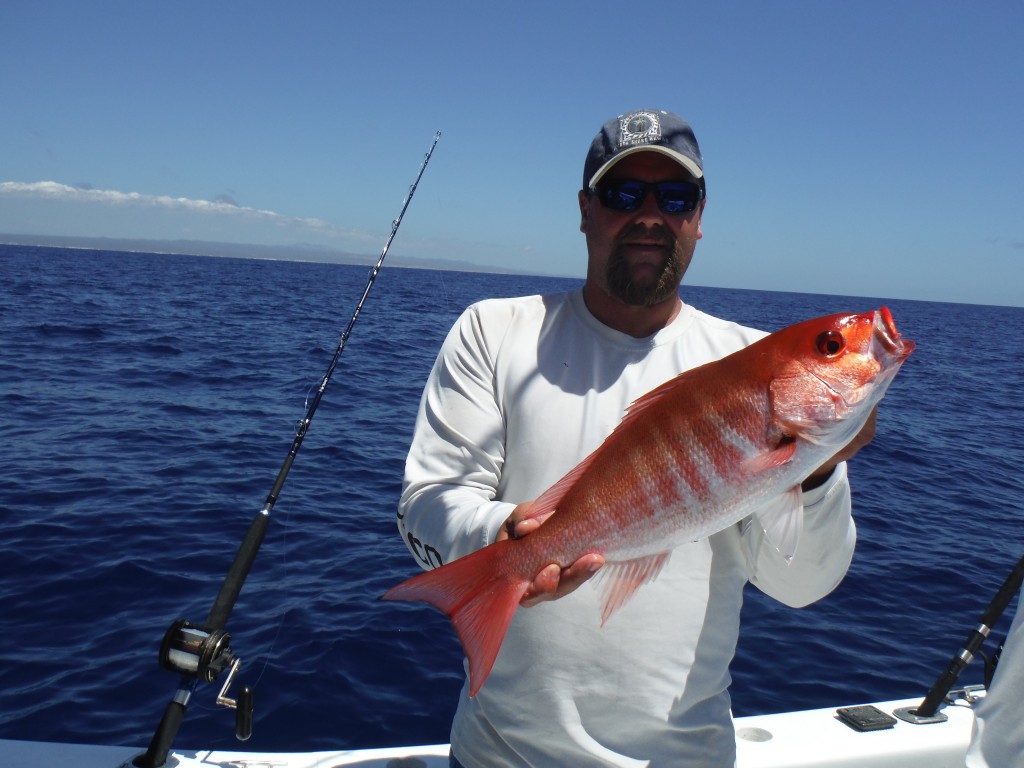 The wife and I ran off to Cabo last minute for our 10th this past weekend once we got my sister to agree to come up from Santa Cruz and watch the 3 yo at our house. Got in Saturday and did some relaxin and beachin. Had a surf rod ready morning noon and night and did not see much activity along San Jose beaches. There was the first afternoon that I did not have a rod there were some sierra blasting through some sardine balls but that was the best shore action I saw.

We fished with Tony, and his son Axle, on the Hooker on tuesday and booked through Eric with Gordo Banks Pangas as we did last year when we were there. There were some marlin being caught out by the 1150 but I was more interested in the tuna that had been around last week and any wahoo or dodos that might climb on. I am also always good with fishing for AJs, YTs, and pargo/cabilla too and heading to the beach for roosterts if all else fails. My wife and I pulled on roosters on the East Cape 5 years ago and she loves them, as do I.

We started fishing for chiwillis for bait, and caught a half dozen or so then went slow trolling to the north. We found no wahoo or dodos, we went back and forth from slow trolling to dropping on the rockpiles for the bottom nuggets and all we had were some shredded baits from needles trolling and some stripped and bit baits on the rocks. The fish on the rocks always seem harder to hook there for me, I even got big bait bit flylining but no hookup. I may try stinger hooks next time there. We also did a bit of yoyoin and Axle got a small cabilla and I hooked into a solid fish but came off after a he turned and pulled tight. We then ran back to inner gordo to try more yoyo there and drifting baits but no go. There were a couple pangas comm fishing snapper and set us up with a bag of the red crabs you need to get them to bite. So we pulled on some of them. They are gorgeous fish and pull pretty good for their size. We caught a few then figured we would run our last baits to the beach for roosters. We pulled in and put out 2 cabillitos, I cracked another pacifico and we had a nice rooster bustin on the baits. He did his thing and went flyin in the air as he came tight but came unpinned shortly after. We love the rooster show so were happy. We trolled for another 1/2 hour there and pulled the plug. Would have liked to pull on a couple but that’s fishin. We had a great day on the water with Tony and will be back. We will likely go back to East Cape next time, just to mix it up but enjoyed SJ again this trip.

I bought some Okuma travel rods and a new penn battle reel with braid to see if the new spinning reel craze is for me or not. I wanted to pull on something good to test um out but the big stuff didn’t stick this trip. I am really impressed with the nomad rods and traveling without a bazooka tube was awesome. I think I will stick with conventional reels for jigging but see how casting poppers or live baits with a big spinner can be advantageous.

Back now in time for our openers and ready to fish but looks like the weather will get us a slow start. I cancelled a halibut trip for Saturday but may poke out for a bit on Saturday for salmon with a couple guys. I have a trip sunday and then start again thurs into the weekend. I have mon thru weds open and those look like the best weather days of the opening week right now. I also have some room on the thursday trip. Lookin forward to another run to Cabo next year (hopefully) but plenty to do at home with the season opening for now.